This is the second part of  the tutorial. Other parts are:

It would be smart to start from PostgreSQL HA with pgpool-II - Part 1, but it's your call.

In this part we'll go through installing PostgreSQL and configuring replication.

Keep in mind that PostgreSQL team recommends that all the servers included in replication should be similar, "at least from database's point of view".

This installation should be done on both servers, of course. At the moment of this writing official Ubuntu PostgreSQL packages are still for version 9.3, and we would like to go with a newer version (at least 9.4 since some significant improvements regarding replication are introduced there). For this reason the first thing to do is to add PostgreSQL apt store. It is well described at PostgreSQL wiki, but for your convenience I will repeat here:

I will assume that you're executing commands as root, so I will not use sudo. If this is not the case - prefix the commands with sudo where needed.

Once the database is installed it is good practice to change postgres user's password:

In the rest of the tutorial I will continue with the default cluster created during installation of PostgreSQL. If you want you can change/create new cluster by using initdb command. Note that term cluster used here has different meaning than one we used so far, and we will in the rest of this tutorial. Here it refers to "collection of databases that are managed by a single server instance". Unfortunate and confusing terminology introduced by PostgreSQL, but we have to adopt.

By default during package installation PostgreSQL creates the following directories on Ubuntu:

The main resource for me in this part was Streaming Replication article at PostgreSQL wiki, but I've also peeked few times at this article and this pgpool.net article. The latest one is pretty old, dealing with PostgreSQL 9.0 (way before new replication features), but it was useful for comparing things. Anyway, you won't need to peek anywhere else besides this very article you're enjoying in so much right now.

This procedure should also be done on both servers. Let's start with creating an user named replication with REPLICATION privileges:

Obviously replication will be performed by using previously created account. In some cases (i.e. pg_basebackup command used below) you won't be able to specify the password. For this reason you need to create .pgpass file and store the password there. Password file resides in user's home directory, but in case of postgres user it is not /home/postgres as you might expect. For security reasons its home directory is /var/lib/postgresql instead. So you need to create / modify /var/lib/postgresql/.pgpass file and ensure that it contains the following line:

The password file is needed on standby server, but it won't harm if you create it on both servers. By the way, we had to do all this password file thing only because PostgreSQL team want us suffer; everything would be much easier if pg_basebackup could simply be called with specified password. But no. They decided to implement some pretty useless flags (i.e. --password and --no-password), but not an option to actually specify the password. Why? They would probably answer "for security reasons", but the truth is that they simply want you suffer.

Next change the following entries in postgresql.conf file:

This is the point where the tough part starts, and where we must give up on many resources, including the most important one - PostgreSQL wiki. It's because we are choosing to take slightly different (and better) direction - we'll use so-called replication slots. This feature is introduced in PostgreSQL 9.4, and it is intended for logical replication (not to be explained here), but it also can be used with streaming replication we are planning to implement. You can read more about the technology here and here, but you don't have to - I've already did, and I'll present the essence here.

First let introduce the new technology as short as possible. To do that I first need to shortly explain how log-shipping replication works: basically it transfers transaction log (WAL files) from primary to standby server, and standby uses these WAL files to reconstruct database state. In this type of replication standby is basically in constant recovery state (constantly recovering itself by reading new WAL files). Every once and while primary server frees its pg_xlog by deleting old WAL files. The problem with such replication arises when standby server gets too far behind the primary server (for example after long period being down). When standby tries to catch-up again - it can't get WAL files because they are deleted, meaning that replication would fail. Prior to replication slots the problem was solved by one of two means (or both combined as, for example, in PostgreSQL wiki):

Replication slots are introducing a new approach: they are basically allowing primary server to be aware of each standby and its replication state, and to keep WAL files as long as needed - no more, no less. With this technology primary server will retain WAL files basically forever, waiting for standby to pick them up (unless itself goes down due to pg_xlog overflow). It means that we can simply turn on standby server weeks after it went down, and it will catch-up without any additional intervention on our side. On the other hand it also means that if we gave up on some standby for good, we have to tell that to primary server; otherwise it will go down sooner or later. For this reason application slots are not created nor deleted automatically. We have to create the slot before connecting standby, and we also have to delete the slot after giving up on particular standby.

Replication slots are making our life easier when it comes to recovery after longer delays - there's no need for manual re-synchronizing. But they are also taking away one interesting feature that were available with WAL archiving - so-called moment in time recovery. With WAL archiving we were able not only to restore new standby to current state of primary server, but also to restore it in a state of the database in any moment before (for example before you've accidentally deleted some table). With replication slots it is not possible; standby has to be restored in the current state of primary server.

In my case I'll go with replication slots, but I'll also provide instructions for those who decide to go with WAL archiving.

I've named the slot it_rdbms02 (obviously to correspond to hostname of my standby server), but you can name it as you want. Also on primary server you need to additionally change postgresql.conf as follows:

This section is only for those who decided to go with WAL archiving!

The first and very important step is to stop PostgreSQL server.

Next thing to do is to delete everything from PostgreSQL data directory, including any any tablespace directories. PostgreSQL wiki explains how you can do this, but instead I prefer shortcut way - to delete data directory itself. After that you will execute pg_basebackup command in order to get initial state from primary server. Everything mentioned will be accomplished by executing the following commands as postgres user:

This section is only for those who decided to go with replication slots technology.

You need to create / change recovery.conf file from data directory so that it contains the following:

Often mistake with recovery.conf is that it is placed in the wrong place - into configuration directory, together with postgresql.conf. Don't do that! Place it in data directory instead.

This section is only for those who decided to go with WAL archiving!

recovery.conf file in this case is similar to one used in replication slots scenario, with few changes:

Note that restore_command must point to the same location as archive_command defined in postgresql.conf on primary server above.

Before actually test the replication you can first check postgresql service status. If the replication is running you should get the following output on Ubuntu (and something similar on other OS):

As already mentioned, in replication the standby server is always in recovery state.

The next test is obvious, and actually proves that the replication works. First we'll create temporary database on the primary server:

(The third line is not a command you should emit, but response gotten from executing the command from the second line.) The last command (\l) lists existing databases, so you'll get:

You can close this list by pressing q key. Now you should get the same list of databases on the standby server, by executing:

You can also try to delete the newly created database on the standby server by executing:

Obviously we cannot delete the database on the standby server, and this is OK. Let's try the same command on the primary server:

On the primary server deletion obviously succeeded. You can recheck database list on both servers to confirm that test database is absent.

2.5. How to Recover Standby Server?

Depending on what happened with the standby server after its failure there are two scenarios:

2.6. How to Recover Primary Server?

Well, sad news is that you cannot do this. Primary server cannot be recovered. 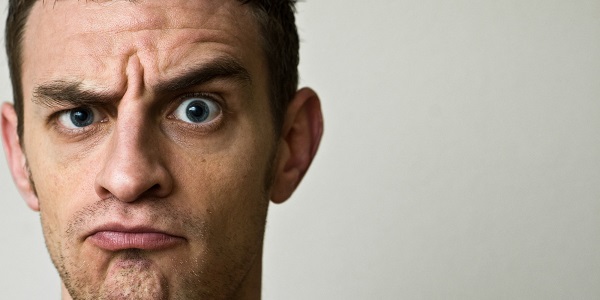 I would really like to see your face right now! You probably think that I'm fooling you, but no, it is true: primary server cannot be recovered. But it is also true that we wouldn't ever want to recover it anyway. The trick is that the question: "How to recover primary server?" is wrong. The right one would be: "What to do when primary server fails?". So let's start again, this time using the right question:

2.6. What to Do when Primary Server Fails?

The first thing to do when primary server fails (if it is not already done by some tool as pgpool-II), is to promote standby server to primary role.

You can easily make standby server take over primary role - simply by creating the trigger file. But you should be aware that there is more to do, sooner or later. I'll refer to these remaining steps that need to be done as full promotion.

Long story in short - full promotion must take place sooner or later, and we can choose when to perform it. As usual, there are some pros and cons:

To conclude: my decision is to perform full promotion immediately, and to join at least one standby as soon as possible.

There's another thing you should be aware of: even when the primary server is fully promoted, you should be cautious with joining standby servers, if you plan to join more than one. Don't forget that each standby server will actually be restored from scratch (all it's previous data will be deleted). It means that if you have a lot of data synchronization can take a while, and put some load on your network infrastructure. I'm not sure if this is handled internally by PostgreSQL in some smart prioritizing way, but if not you can get performance degradation due to network overload. For this reason I suggest joining only one standby immediately, and all others later, during low-load period, one by one, waiting for current to fully synchronize before starting the next one.

But I Insist to Keep the Same Server as Primary!

If for any reason you really want to have the same server as primary again after it is repaired (for example if it has slightly better hardware), you can achieve this. But first you need to create it as a standby, and give it some time to synchronize all the data. After that you can promote it again to primary server by intentionally killing current primary server. Then you'll have to repeat all the steps to join killed server as a standby again.

Where to Go Next?

Well, it depends on your success so far. If your replication doesn't work - start again from the top of this page, or even from the start of this tutorial. But if your replication works as expected - you're lucky! Then the next step for us hard working people is BEER TIME!!! 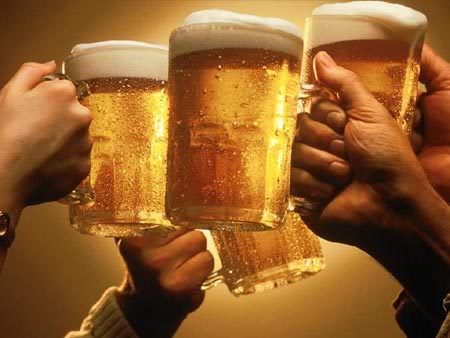